The ICEC 2019 Conference will be held in the Garden Court, Building 40, University of Southampton.  Explore the area on Google Maps below, download a detailed campus map, or choose your travel method for advice on getting to Highfield Campus.

By Bus or Coach

From Southampton Coach Station you will need to walk to the nearby Civic Centre, where can continue your journey to Highfield Campus using our own Unilink bus U1 or taxi. The Unilink bus fare is £2 for a single or £3.50 for an all-day pass. Taxi fares from the city centre are usually £6-10.

By Walking or Cycling

For full information on walking and cycling to campus, including walking maps and bicycle store locations please see our active travel page.

Southampton International Airport is a few minutes away from Highfield campus by bus (Unilink bus: U1, £2 single/£3.50 all-day pass) or taxi (usually around £6-12), off junction 5 of the M27. There are flights to Southampton from UK airports, mainland Europe and the Channel Islands.

The following local companies provide a taxi service between Southampton and the London airports: 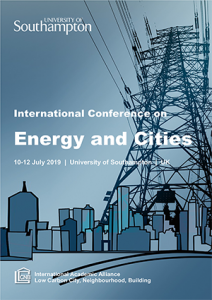